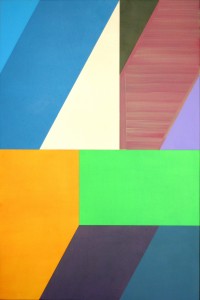 Taking it’s title from the work of the late great English Constructivist Kenneth Martin (who may not exactly approve of the varying degrees of rigour afforded themselves by these younger artists), this show looks at three very different practitioners and examines how each has made use (in the braodest sense) of chance as a working method. (‘Order’ can be read variously as a noun or verb, ‘Change’ is the inevitable letting go of the final result, the resting point before the next incarnation).

With colours, line and titles arrived at by methods impossible to intuit, Stuart Barnes leaves nothing to chance in fact but the seemingly arbitrary disconnect between the origin and end of his system of production is witness to the final imponderability of fact.

Perhaps in the end, more than ‘pure’ chance the artists’ work is about interference, the rupture that occurs between concept and execution and how we accommodate that. How both artist and viewer can find themselves standing side by side in front of a work with a stereoscopic vision that no one person can claim. 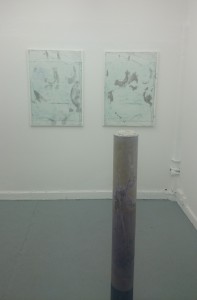