‘PAINTING OVER’ -
‘ANXIETY/ACCEPTANCE/TRANSCENDENCE’
or ‘What to Do, What to Wear? What on Earth?

In 1967 Greenberg was already talking about the periodic death of painting – now it seems to have become paradigmatic; not to say parodic.

It’s easy to string out the prepositions: what’s painting up to? What’s it for? What, to get serious about it, is there in it? Because maybe the last comprehensive formulation about the point of art came when Gautier decided art could exist for its own sake, ‘l’art pour l’art’ (another preposition). And that was nearly 200 years ago. But at the point that line was taken, art floated free. It’s survived, as Auden put it, ‘in the valley of its saying’ (it’s the line after his famous statement that poetry makes nothing happen.)

A very long time ago we lost the habit of wanting to ask any of those awkward questions. The history of art is viewed as a continuum, as if a canvas by Ellsworth Kelly and one by Titian and a fresco by Giotto were somehow replacements for each other. We hardly remember that splitting from any social purpose art has pursued its own course, maintaining an autonomy only briefly disturbed by a detour into the service of revolution (it didn’t help enough); until, of course, it was co-opted by commerce. Art’s a commodity, then. Anything else?

‘I have nothing to say, and I am saying it’, Cage famously said. Slightly less famously, and crucially, he went on ‘And that is poetry as I know it.’

We have isolated a small patch of contemporary painting, the one we’re most familiar with and that means most to us. All the works have been made in the last few months. There’s abstract, abstraction, and figuration. An opportunity at least to start thinking about any crisis and whether or not it’s over.

LOOK! (Painting for a Reason) thanks to Johnny Bristol/the Osmonds, no thanks to Boyzone. 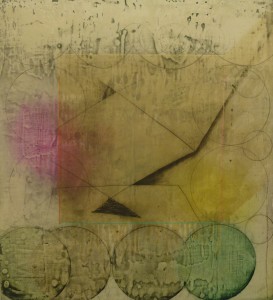 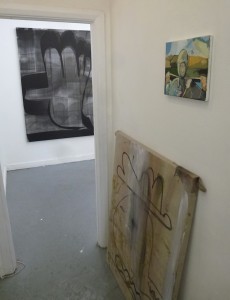